Dangling participles have, in my opinion, at least two major claims to infamy.

First, the phrase is by far the funniest in the writing and editing rulebook. Whenever I hear or read it, I want to say, “Don’t look now, but your participles are dangling.” Second, dangling participles are perhaps the most common grammatical error I come across in editing.

To illustrate the dangling participle, here’s an example of a participle in a sentence:

Picking up his fountain pen, Albert began to scribble down every idea that came to mind.

Picking up his fountain pen, the ideas flowed onto Albert’s paper.

The sentence is botched because the participle (picking up) doesn’t match the modifier (the ideas). The ideas didn’t pick up the pen; Albert did. Here’s another incorrect example:

Sitting down, the chair felt warm and comfortable under Agatha.

The chair is not sitting down; she is. Here it is corrected:

Sitting down, Agatha found the chair warm and comfortable.

It’s not just participles that dangle. Any modifier can be left dangling. For example:

At the age of 10, the movie came to a theatre near my house.

Since it was I, not the movie, that was aged 10, a correct sentence would be:

At the age of 10, I saw the movie at a theatre near my house.

When I was 10, the movie came to a theatre near my house.

As I edit, I usually correct dangling modifiers quite discreetly to save the writer embarrassment from an error that’s the literary equivalent of going out with your flies undone.

For more on things that dangle and assorted other principles of good grammar, see A Student’s Introduction to English Grammar, by Rodney Huddlestone and Geoffrey K Pullum. I recommend it, along with just about anything by Geoff Pullum. 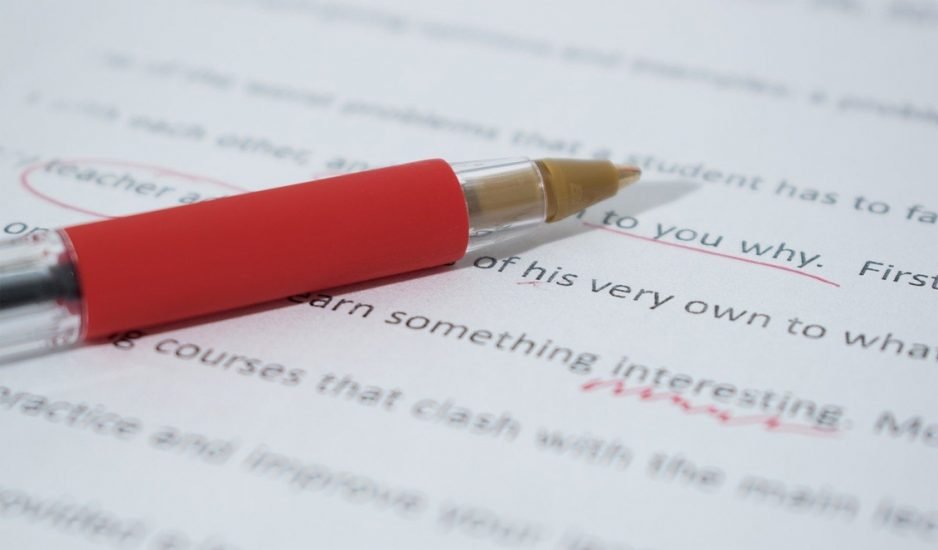 Even a seasoned writer and editor needs someone else to cast an eye over a piece before it goes to print.

The saying goes that ‘familiarity breeds contempt.’ After hours, days or even weeks or months working on a piece of writing, you’ll find yourself thoroughly fed up with the sight of it, no matter how high the quality. Your eyes are too accustomed to it, and you’re blinkered to any minor errors of grammar, spelling and punctuation. It needs a fresh look.

That’s where an experienced, knowledgeable proofreader can help by being the objective outsider to glance through and pick up on those tiny mistakes that tired eyes miss.

The time and budget you’ve invested in proofreading is visible on the page, and that sends a message to your readers. It shows not only that you’re professional, but that you know and care enough for them that you want to give them something of good quality.

Hit publish too early on that blog post, and your potential client might just spy that missing letter and wonder whether you really have the attention to detail they need. But at least a website is editable – worse is if you commit to ink on paper, and that missing comma or stray semicolon will haunt you forever.

Whether it’s a resume, an important letter, a press release, a brochure or a full-length book, show your audience you care and prove you have an eye for detail by including skilled proofreading services in your budget.

We use cookies to ensure that we give you the best experience on our website. If you continue to use this site we will assume that you are happy with it.Ok